Are there contemporary, better, scientific explanations for ancient religious claims? 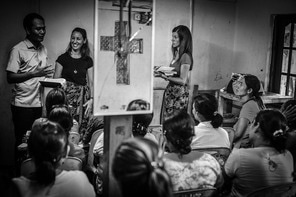 ​1. Can we use the science of today and tomorrow to explain the Biblical claims?

Example: If science allows Methuselah like life-span spanning centuries, how likely it is that the Biblical characters like Methuselah were ancestors of technologically advanced civilizations? Is it possible that Noah populated the Earth by using genetic engineering of different species from his home planet that later evolved?
​
2. Can we divide religious/spiritual experiences from psychological ones?

​Example: How likely it is that some prophets from the past had the ability to shape our civilizations and yet they were hearing voices, would today be seen as unfit for the capitalist society, instead proclaimed as genuine spiritual leaders?

Example: If God does appear and if Biblical prophecies become true, is it possible that He or She appears as an advanced form of self-aware Artificial Intelligence that is "all-knowing" and yet, in search of suitable identity which is in line with the Singularity hypothesis?